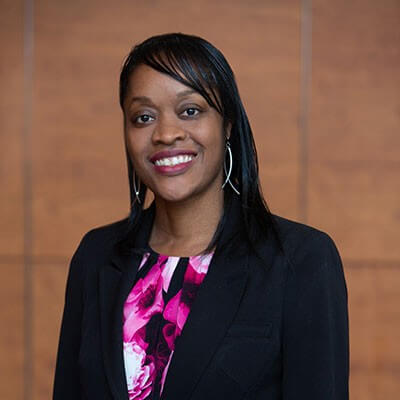 Shaundra Watson serves as Director, Policy, in Washington, DC, and is responsible for providing counsel and developing policy on key issues for the software industry, with an emphasis on artificial intelligence.

Watson rejoined BSA after serving as a corporate in-house senior privacy counsel. In her first stint at BSA, Watson led engagement on privacy issues. Prior to joining BSA, Watson served as an Attorney-Advisor in the Office of Chairwoman Edith Ramirez at the US Federal Trade Commission (FTC) in Washington, DC, where she advised Chairwoman Ramirez on privacy, data security, and international issues and evaluated companies’ compliance with privacy and data security laws in numerous enforcement actions. During her FTC tenure, which spanned more than a decade, Watson also served as an Attorney-Advisor in the Office of Commissioner Julie Brill, Counsel for International Consumer Protection in the Office of International Affairs, and an attorney in the Divisions of Privacy and Identity Protection and Marketing Practices.

In her various positions, Watson played a key role on notable privacy and security initiatives, including the negotiation of the EU-U.S. Privacy Shield; implementation of the APEC Cross-Border Privacy Rules; and policy development on privacy and technology issues and the expansion of the global domain name system. In recognition of her leadership on Internet policy issues, Watson received the agency’s Paul Rand Dixon award. Prior to joining the FTC, Watson was an Associate at Hogan & Hartson, LLP (now Hogan Lovells) in Washington, DC, and clerked for Justice Peggy Quince at the Supreme Court of Florida.

Watson is a graduate of the University of Virginia School of Law in Charlottesville, VA.